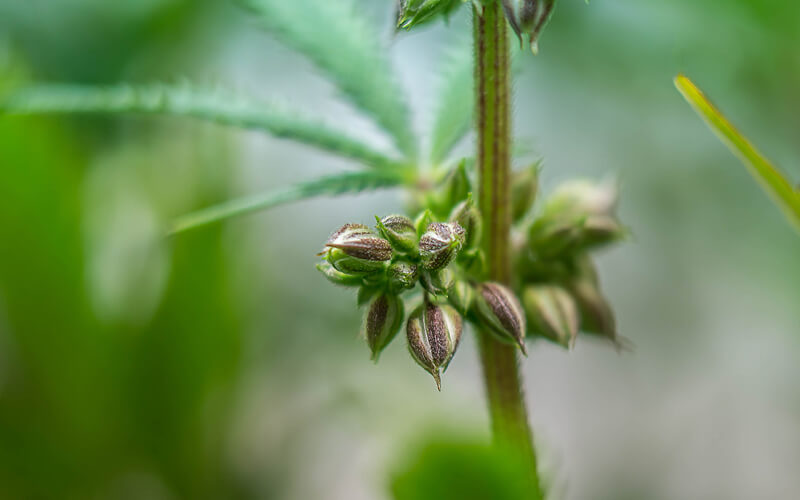 What Is a Cannabis Anther?

An anther is a small sac that grows at the end of the stamen on male cannabis plants. Anthers create, store, and release pollen, helping plants to reproduce. Generally, if anthers appear on a plant, the plant is immediately removed from the others, or the pollen can be collected to be exposed to female plants in a controlled way.

Sometimes, anthers also appear on female plants, which indicates that the plant is a hermie, or a hermaphrodite, which means it has the anatomy of both male and female plants. This typically happens after the plants undergo environmental stress, or can be due to a plant’s genetics. If your female plants develop anthers, it doesn’t necessarily mean that you’ve done something to cause the issue, but it’s important that you take fast action to protect the rest of your plants. Failure to do so can result in a female plant fertilizing another female plant, creating less-than-ideal seeded buds.

As a grower, it’s key to understand where to find anthers. Shaped like long ovals, anthers are often located near the middle of the plant’s flower. Anthers can be green, red, or yellow. It takes time for anthers to develop, and most plants take three to six weeks to fully form their reproductive structures.

The anther structure of a marijuana plant attracts bumblebees and other pollinators, allowing the pollen from the male plant to be transferred to other plants. This allows plant reproduction to take place. In nature, this process happens naturally. Anthers that are left undisturbed will eventually release pollen into the air on their own. Growers often manually remove pollen and apply it to female cannabis plants, helping to create their desired marijuana strain.